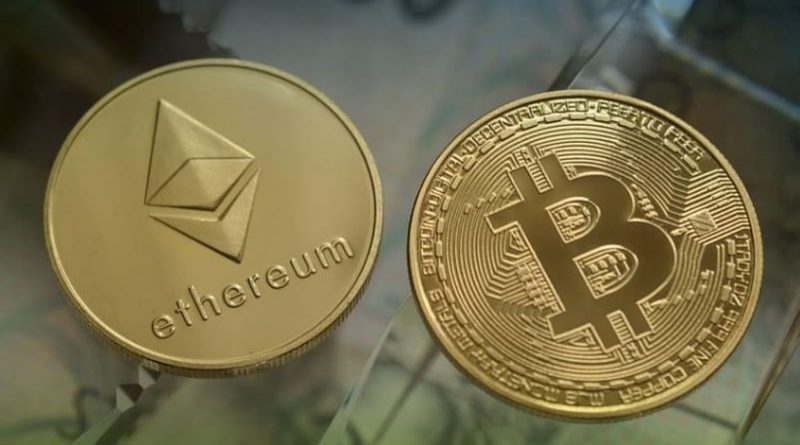 Bitcoin and Ethereum have ascended to the top as cryptocurrency. Analysts predict their growth will only continue overtime. During August of 2021, Ethereum was found to be a fierce competitor to Bitcoin, the paramount cryptocurrency at present. Nigel Green, the CEO and founder of deVere Group, one of the largest independent financial consulting and fintech organization in the world has gone to the extent of stating that Ethereum will surpass Bitcoin if it continues to outperform Bitcoin in 2021 and said it is likely to happen.

Bitcoin and Ethereum, like other cryptocurrencies, do not exist in physical form, they exist in digital forms. Their value is transferred directly between senders and receivers, making the agents in between such as banking intermediaries irrelevant to facilitate the transaction. The aim of creating a payment system without middle men is to facilitate a transparent, fixed, decentralized ledger technology we call blockchain.

To start off, Bitcoin is the reigning digital currency that commenced the age of cryptocurrency. In January of 2009, it became the world’s first decentralized digital currency that used a technology known as blockchain. Bitcoin can be simply referred to as a network of peer-to-peer electronic system that uses “bitcoins” to make payments. Like the cash use, it acts as a store of value as money, sliver and gold, and transfer value over the internet.

Ethereum, on the other hand, is a software platform based on blockchain as well. Ethereum was first proposed by programmer Vitalik Buterin. It was designed to widen the use of cryptocurrencies by enabling programmers to own special applications. These Ethereum based applications try to overcome traditional applications known to us as decentralized applications. This application is self-executing using smart contract that are code-based programs. These code-based programs are stored on the Ethereum blockchain and self-execute certain functions when defined conditions are met. From sending transactions when certain events take place to loaning funds once the collateral has been deposited, Ethereum’s smart contracts carry out these functions.  Therefore, Ethereum goes above and beyond eliminating middle men in the traditional payment system and has risen to the top as the second most popular cryptocurrency in the market.

What Is Bitcoin? How It Works?

Cryptocurrency: A Vision Into The Future Of Finance

Before going deeper into the differences between Bitcoin and Ethereum, we have to keep in mind that:

Bitcoin and Ethereum are built to do different things, bitcoin was built to provide a way that allowed people to transfer value from a person to another without the assistance or involvement of middle men such as banks. This would provide people anonymity.

Ethereum, on the other hand, was built as a general purpose blockchain, which would allow boundless functions using smarts contracts. Due to this, Ethereum goes beyond the sole purpose of cryptocurrencies – serving solely as a store of value. Ethereum acts as the platform in which ether are used as digital currency.  The Ethereum was built to mainly monetize operations using smart contracts and decentralization apps (dApps), as opposed to the notion of establishing itself as an alternative monetary system.

B) Principle of Distributed Ledgers and Cryptography

Both Bitcoin and Ethereum networks follow the principle of distributed ledgers and cryptography. Here, a distributed ledger is a database that shares and synchronizes multiple sites, institutions, or terrains, that can be accessed by multiple people; while all the sharing and accessing occurs with consent.  In the Ethereum network, transactions contain executable code. On the other hand, in the bitcoin network, data remains fixed for the exact purpose of keeping notes.

Bitcoin and Ethereum use different measurements of time. In Ethereum, an ether transaction is measured in seconds. While, bitcoin takes minutes to confirm transactions. On another note, Ethereum runs on ethash for its algorithm. Bitcoin uses SHA-256 instead.

The bitcoin network and Ethereum network have very different aims. As for the exact purpose of bitcoin, it was created as an alternative to national currencies and money. It aimed to act as a medium of exchange and store of value through its network. But, Ethereum was created with the intention of facilitating fixed, programmed contracts and applications through its own form of currency, ether. However, the Ethereum platform does support the bitcoin network. Therefore, it was created to complement Bitcoin, not to compete with it. However, the popularity of ether has entered it into the competitive market of cryptocurrencies, especially from a trader’s point of view.

The Ethereum platform is a much more flexible platform due to which people and traders alike have actually begun to hold or store their bitcoins in the Ethereum network rather than on the bitcoin blockchain. This practice has been coined as ‘wrapped bitcoin’. However, ether cannot be stored or held on the bitcoin blockchain. Although Ethereum is a flexible platform, and ether has gained much popularity in time, bitcoin is much more widely accepted around the world. It is easier to buy and sell, and is widely accepted as cash replacements.

Bitcoin Or Ethereum: Which One Should You Pick?

While cryptocurrencies are generally high risk investment, investors should know about the high level of risks and volatility involved with investing in them. The cryptocurrency market is highly speculative at this point in time, due to which investor’s tolerance to the risk and volatility associated to them should be comparatively higher than while investing in any other financial security. But when looking at the present conditions, although investments in cryptocurrencies are not necessarily safe, investments in bitcoin carry lower risk in comparison with ether. The particular reason for this circumstance is that the bitcoin blockchain has a longer track record and greater acceptability. However, the Ethereum platform provides greater growth opportunities for the future. Therefore, when choosing to invest in cryptocurrency, immense research is important; and one’s tolerance to risk is key.

While considering to invest in bitcoin, a downside associated with it is that it consumes incredible amounts of computing energy while mining. Researchers from Cambridge University have even gone to say that bitcoin consumes more energy than the entire country of Venezuela. As for Ethereum, lacks recognition around the world, so it may not be readily accepted in trade. Ethereum hangs by the thread that blockchain technology will be revolutionary; it is its biggest advantage. But, without the blockchain revolution, Ethereum could suffer.

What Is Money? Creation & Evolution Of Money

5 Jobs You Can Do From Home During This COVID Epidemic

(Liked this article??? If you are also interested in publishing your articles related to business, finance, and economics, then mail us your article at Investopaper@gmail.com.)